Frank is a fully licensed  Level 2 Performance coach at Nenagh LTC in Tipperary where he grew up playing.  He continues to represent the club in Provincial Tournaments at Grade 1 Level.

This has allowed him impart knowledge of the game to the many adults and juniors that attend his coaching courses held throughout the year.

Frank’s enthusiasm for tennis can be seen as he travels around the country to attend the many workshops organised by Tennis Ireland and the Tennis Coach Ireland (TCI). 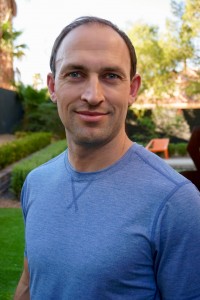 Anne Fitzpatrick’s love for tennis and involvement with NLTC stretches back to 1983. In the years since as a player she has represented Munster at Interprovincial Competitions and Ireland at the National Level – including the World Championships in the USA and Turkey and the Four Nations Championships on many occasions. She has also served on the Club’s Committee at various stages and was honoured to have been elected as President of the Club in 2002/2003. Currently Anne is the Director of Tennis at NLTC.

Anne is a Level 1 Coach at NLTC and has been delighted to have coached Junior Players to National success at 2 Community Games Finals. She has also coached local schools to provincial Titles in various Schools Competitions over the years.

Anne-Marie Darcy is a Fully Licensed Tennis Ireland, Level 1 Coach. She is Garda Vetted, a member of Tennis Coach Ireland, TCI, is a Schools Friendly Coach and a Cardio Tennis Instructor. Anne-Marie is a member of the IPPEA, Irish Primary PE Association and has attended many continuous professional development courses in Fundament Movements and Physical Literacy for children.

Anne-Marie had the distinction of being President of Nenagh Lawn Tennis Club from 2014-2016 as well as serving on the club’s committee. Anne-Marie is currently an active Grade 1 player and played on the winning Munster Senior Cup Team, in September 2016, for Nenagh Lawn Tennis Club. She was in receipt of the Nenagh Guardian Sports Team of the Month Award, for October, 2016. She has also won numerous ladies Grade 1 Singles, Doubles and Mixed titles in various open weeks around Munster.

Dermot Shiels is a fully licensed, Tennis Ireland Level 1 Coach. He is a member of Tennis Coach Ireland (TCI), and a Cardio Tennis Instructor.

He enjoys coaching in his home club of Birr at Wilmer Tennis Club. He is also part of the coaching team at Nenagh Lawn Tennis Club.

Dermot is an active grade 3 player and is currently playing Winter League for Nenagh.